COST OF RHINOPLASTY IN IRAN

For some people cost of rhinoplasty in Iran is very high and they want to get rhinoplasty at the lowest costs. But since the nose is very effective in facial appearance of an individual, it is recommended to be very careful in choosing a surgeon and undergoing this surgery. 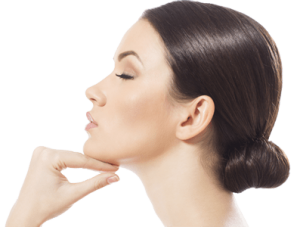 EFFECTIVE FACTORS ON THE COST OF RHINOPLASTY IN IRAN:

Variety of factors may affect the cost of rhinoplasty in Iran, which include:

The cost of rhinoplasty in Iran varies according to the surgeon’s experience and skills because a surgeon who has been performing nose jobs for many years is familiar with intraoperative challenges and will certainly charge more compared with a less experienced one.

Type of the nose has a significant role in determining the cost of rhinoplasty in Iran. Those with fleshy or meaty noses usually pay more money for their nose job, while bony nose surgery costs a bit lower. If a revision rhinoplasty is performed by another surgeon (other than the first surgeon), it might cost more than the primary surgery.

Like other services, cost of rhinoplasty varies according to the geographical region. For instance, rhinoplasty cost in Tehran is not comparable with it in small towns. However, it is important to know that good rhinoplasty surgeons reside in large cities due to the facilities of them.

DOES IT WORTH TO GET A RHINOPLASTY FOR CHEAP?

As stated, a nose job may even be performed for 2 million tomans, but the important point is that who performs this surgery. There may be different reasons for a nose job at a low cost. Residents who have just started working, perform nose jobs at low costs in hospitals in order to gain experience. But the point is that these people have not faced with intraoperative challenges and have not performed surgery on the noses similar to the nose of an individual so it may have a high risk of getting a nose job by such people.

The other reason for a cheap nose job is performing several nose jobs in one day by a surgeon. Some plastic surgeons perform many nose jobs within a day which leads to a lower fee and concentration of them.

According to the nose type, nose skin, having nasal polyps or not, and other breathing problems it cannot be said that how much a bony nose surgery costs (with thin skin but thick cartilage). A nose just with a little hump will cost lower than a bony nose with a fleshy tip and thick cartilage.

In a fleshy nose with a thick skin, the process of surgery is a bit more complicated and delicate. It is hard to detect the nose changes in a fleshy nose because lines and angles are not well seen under a thick covering. Therefore, due to the difficulty of this type of nose job, it costs higher than a bony nose surgery.

COST OF LASER RHINOPLASTY IN IRAN:

Laser is very useful in different medical fields, but it is meaningless to use it in cosmetic nose surgery. The use of laser in removing nasal humps and correcting a deviated nasal septum or even a dropping nasal tip is just for advertising reasons. Therefore, we cannot even consider a cost for this type of surgery. 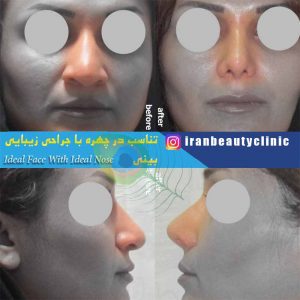 COST OF REVISION RHINOPLASTY IN IRAN:

Some people complain about their breathing problems or appearance of their nose after their primary rhinoplasty and decide to have a revision rhinoplasty. A candidate for rhinoplasty should be in a good mental health, since some people decide to have a second rhinoplasty due to the obsessive thoughts. Process of this surgery is more difficult and complex than primary one and that’s why it costs more.

Types of revision rhinoplasty varies from a simple surgery for removing extra bone to changing the appearance of a patient’s nose completely. In extremely small noses or those with extreme deformities there is a need for cartilage grafts from their ear or rib to their nose, which definitely costs more than other surgeries. 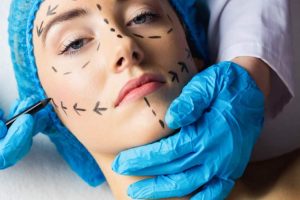